A new report finds that a significant portion of ammunition used by Islamic State (ISIS/ISIL) militants was made in the United States. The study is more evidence that the U.S. government facilitated the rise of ISIS.

According to London-based Conflict Armament Research, China, Russia, and the United States are the top three manufactureres of the sample of small-caliber ammunition recovered from Islamic State forces in Iraq and Syria. Of the 1,730 cartridges of ammunition collected, 20 percent was produced in the United States. 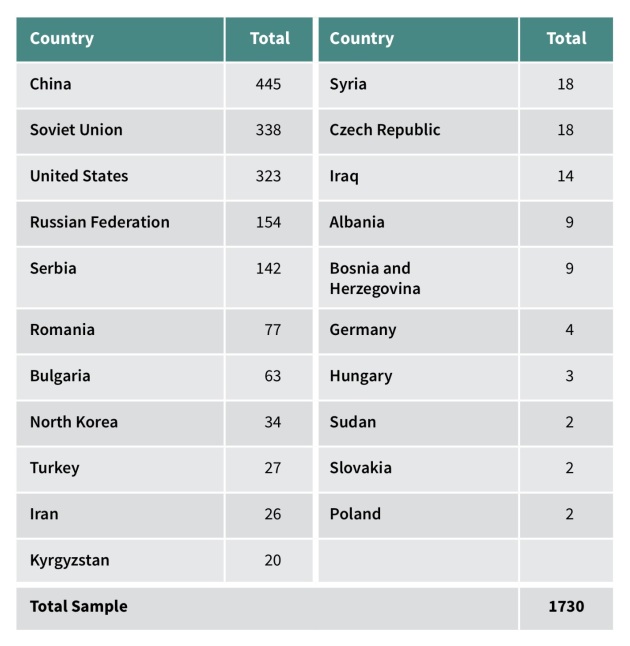 During just the 2000’s, the majority came from the United States. “IS forces appear to have acquired a large part of their current arsenal from stocks seized from, or abandoned by, Iraqi defence and security forces. The US gifted much of this material to Iraq,” the report said. 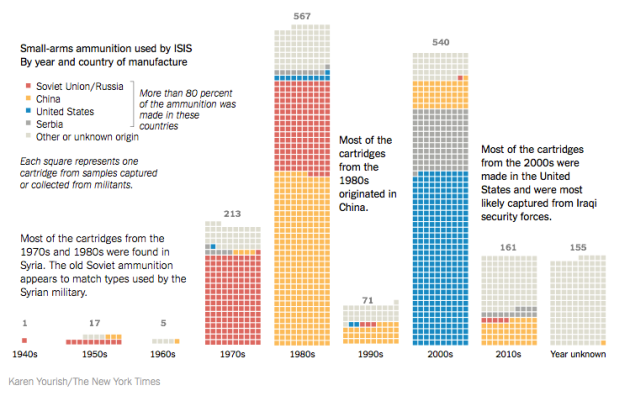 Though important, this report should come as no surprise. As Jeremy Scahill said on Democracy Now! last Friday, “the United States, through its policies, created the very threat that it claims to be fighting.” He pointed out that Izzat Ibrahim al-Douri al-TakritI, a secular Baathist and former top military commander for Saddam Hussein, is now a top military commander for ISIS. One of Paul Bremer’s first actions after George W. Bush put him in charge of the occupation of Iraq was to fire 250,000 Baathist Iraqi soldiers. Then the United States put in power Nouri al-Maliki, who systematically slaughtered Sunnis. These Sunnis formed insurgent militias which eventually became the Islamic State.

The situation is worse under President Obama. During the Bush presidency, liberals held him and his allies accountable, bashing the administration for committing war crimes. Despite the fact that Obama is doing almost exactly same thing, liberals blindly support him. They can’t see past the “Democrat” label. He’s one of us, so we have to defend him, they say. What about standing up for your principles? Apparently that is not a thing for mainstream liberals. The result is a culture of endless war (and blowback).

Who benefits from this? Arms dealers (rich white men).

In the long run, our military interventions never bring about peace. Instead, our policies instigate violence and anti-American sentiment. We really need to examine the consequences of our foreign policy beyond “defeating” terrorists. The next time John McCain slut-shames a 16-year-old girl for having pre-martial sex, we should remind him of the consequences of bombing a country back to the Stone Age. Because guess what? You can’t put a condom on a bomb.