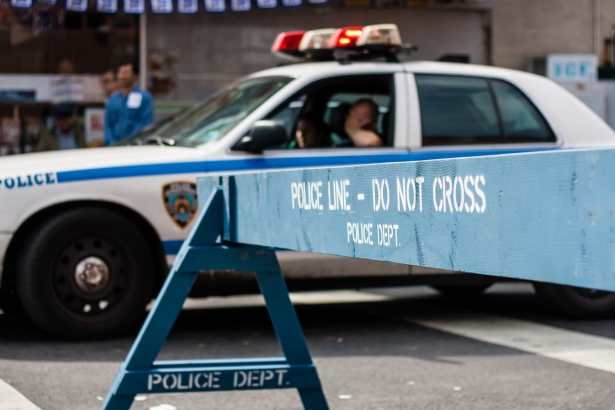 Arrests and ticketing in New York City have decreased drastically in the week following the murders of NYPD officers Rafael Ramos and Wenjian Liu. The slowdown of work comes amidst calls from the Patrolmen’s Benevolent Association in opposition to the way Mayor Bill de Blasio has responded to the officer deaths.

Ironically, this is exactly what many racial justice advocates have been calling for. In an October 23 piece “Give Police Less Work” for The Nation, Mychal Denzel Smith wrote:

We have created a police state, criminalizing innocuous behaviors (largely those associated with blackness) or those harmful only to the person participating. We have handed over responsibility of solving social problems like mental illness and drug abuse to police officers who are not equipped to do anything other than arrest or shoot. We think we can stop violent/serious crime by tasking police officers with cracking down on petty crimes, rather than address root causes of violence and inequality. We still have a society predicated on the control of black bodies. 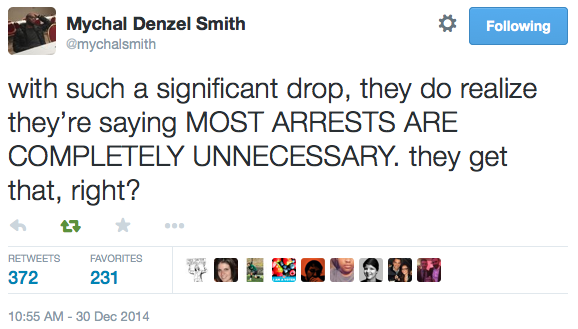 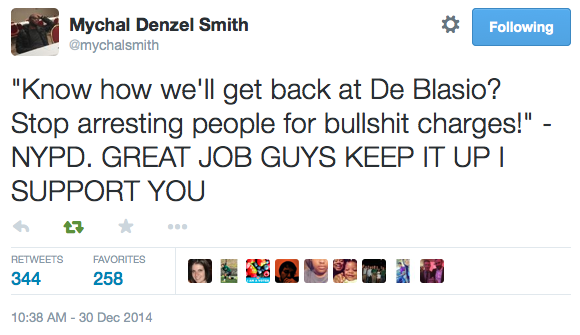 In response to the work slowdown, The New York Times issued its second editorial in two days criticizing the NYPD’s protests of de Blasio. “What New Yorkers expect of the Police Department is simple: 1. Don’t violate the Constitution. 2. Don’t kill unarmed people. To that we can add: 3. Do your jobs,” the Times wrote. But what the Times editorial board doesn’t seem to understand is that, for New York City police officers, doing your job is essentially being racist. We have a racist system with racist laws. Police officers, by doing their job, have no choice but to uphold those racist laws.

By giving police less to do, fewer black and brown people are swept up in this system that “depends primarily on the prison label, not prison time,” as Michelle Alexander writes in The New Jim Crow. She calls that prison label the “badge of inferiority” that makes discrimination perfectly legal.  Once you’re branded a felon, you have become part of the undercaste — whether or not you are in prison. (According to Pew Research and Analysis, more than double the number of people in prison are on probation or parole.)

Arrests and citations are only a few of the several layers that create a racial undercaste in this country. Each new layer magnifies the oppression. But it starts with policing. No one faces those deeper layers of discrimination if they don’t make it there in the first place. And the police, with unbridled discretion to stop whomever they want whenever they want, are the first to put people there. Transform the criminal justice system from the inception of oppression. Give police less to do.